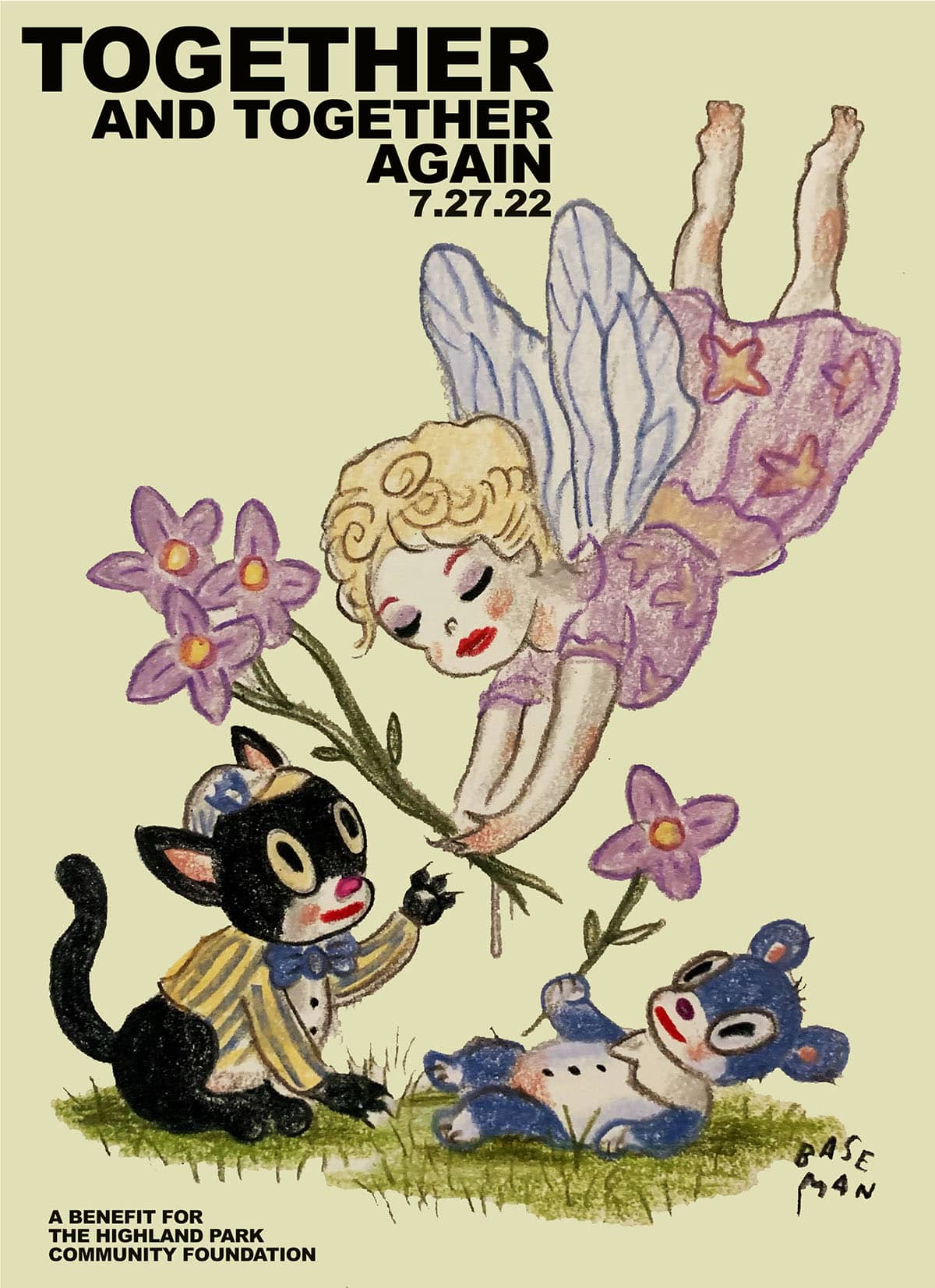 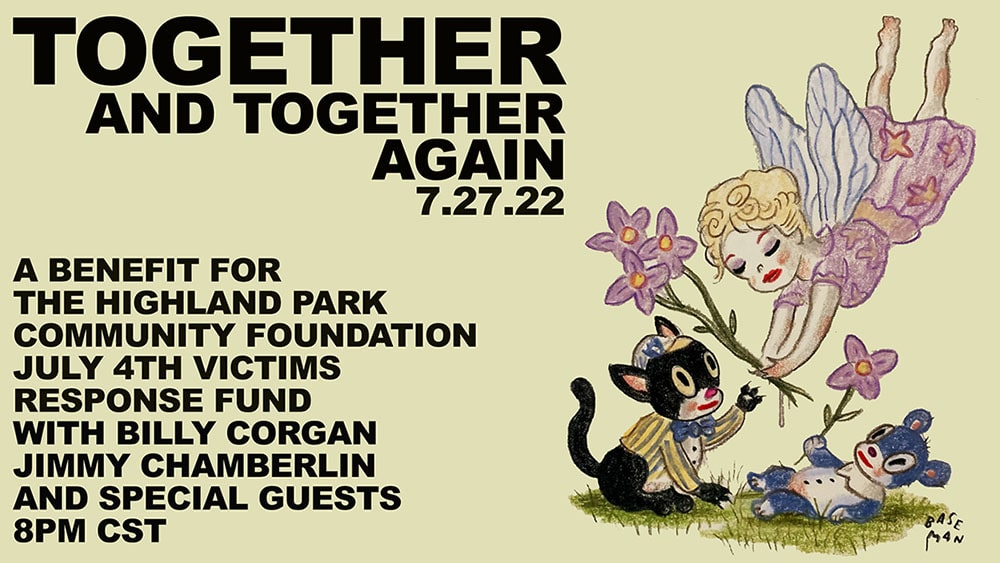 Both long time residents and members of the Highland Park community, Billy Corgan and his partner Chloé Mendel have today announced they will be hosting a live-stream benefit show at their plant-based tea-house and performance space, Madame Zuzu’s on Wednesday, July 27.

There will be a performance by Billy Corgan, alongside fellow Chicago resident and Smashing Pumpkins’ bandmate Jimmy Chamberlin, Bob Moses, Jazz saxophonist Frank Catalano and special guests at 8PM CST.

The performance will be live-streamed via The Smashing Pumpkins YouTube Channel where viewers will be able to donate. All proceeds will go to the Highland Park Community Foundation and be directed to its July 4th Highland Park Shooting Response Fund.

Additionally, merchandise featuring the art of Gary Baseman will be sold at the event, with proceeds being donated to the same organization: togetheragainhp.comTo help those directly impacted by the mass shooting in Highland Park, the Highland Park Community Foundation established a July 4th Highland Park Shooting Response Fund. All contributions to the Response Fund will go directly to victims and survivors or the organizations that support them.

Billy Corgan has lived in Highland Park for almost two decades, along with his partner, clothing designer, Chloe Mendel, who has lived there for nearly a decade. It is where they raise their two young children and run a plant-based tea-house called Madame Zuzu’s, located on the main strip where the recent Highland Park shooting took place.